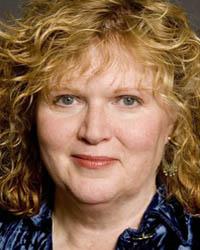 Clairvoyant and clairaudient since childhood, Jonna Rae Bartges grew up seeing glowing spirit 'visitors' in her family's circa-1750 Pennsylvania farmhouse. By the time she was in her early 20's, she knew she had to find out once and for all if she was 'psychic' or 'psychotic.' She resigned her position as a National Editor at the Allentown Morning Call newspaper and embarked on what would turn out to be a two-year spiritual quest, studying and teaching at Light Centers up and down the east coast.


She refined her natural abilities by doing healing ceremonies with Earlyne Chaney of the ancient mysteries school Astara; teaching workshops for A.R.E. study groups, and doing consultations for Spiritual Frontiers Fellowship, the Cosmic Church of Truth, and the Foundation of Truth in Atlanta.


At the invitation of United Research Founder Jim Goure, Jonna Rae became the resident psychic at his Light Center in Black Mountain, NC in 1979. A highlight of her work was doing psychic readings for Peter Caddy, co-founder of the Findhorn Foundation, and his infant son. Caddy was so impressed with the information she gave him he immediately invited her to be the resident psychic at his new Mt. Shasta, California community in 1984. Feeling the timing wasn't right, Jonna Rae respectfully declined.


When she was 25, Spirit gave her a directive -- teach others how to recognize and develop their own psychic sensitivity. In a deep meditation, she was shown how to guide seekers to inner awareness.


Jonna Rae's abilities became even stronger after her near-death experience from a cerebral aneurysm in 1989. The transformational event was foreshadowed by a vivid dream two nights before, in which Spirit told her she would have the choice to either stay in the physical realm, or move on. That experience, the contact she continues to have with her late husband Paul, and the communication she has always had with the Spirit World prove to her that life continues after physical death. Psychologist Dr. Jane Greer includes Jonna Rae and Paul's on-going, frequently humorous communication in her book, "The Afterlife Connection."


Jonna Rae is a spiritual counselor and minister director with the Universal Brotherhood Movement, Inc.; Third Degree Reiki Master initiated into Reiki I in 1978 by the first occidental Master, Virginia Samdahl, and a dowser. She studied Advanced Mediumship with Hollister Rand, Animal Communication with Brigitte Noel and Spiritual Alchemy with Caroline Myss. Jonna Rae has also taught Practical Spirituality 101 at the Learning Light Foundation in Anaheim, CA and several locations in Asheville, NC. Her certifications include Neuro-Linguistic Programming Practitioner, Quantum Touch Healer, Life Design Coach, clinical hypnotherapist and foot reflexologist. Jonna Rae is a proud descendant of the Wolf Clan of the Leni-Lenape Tribe of the Algonquin Nation.


In her other life, Jonna Rae is an author, editor, journalist, college lecturer, business consultant and Emmy and Addy award-winning producer. Write her at jonnaraehappymedium.us.