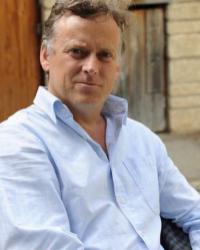 David Elkington is an academic and historian, specializing in Egyptology and Egypto-Palestinaian links. Know for his work on the Jordan Lead Codices-the earliest known initiatory Christian documents-he is the coauthor of the Case for the Jordan Codices. He has lectured at Oxford and Cambridge Universities and appeared on manu television programs, including Forbidden History. He lives in the Hague, Netherlands.