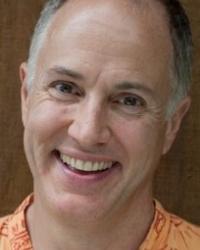 Brooks Palmer created Clutter Busting to help people let go of things in their life that no longer serve them.


In his ten years of Clutter Busting in Chicago, Los Angeles, San Francisco, and New York City, Brooks has learned first-hand about the intense emotional connection most people have with material possessions, and has consistently found that his way of working with clients allows them to see and let go of internal and external clutter without delving into the psychological reasons behind the clutter. Since 2000, Brooks has been using compassion, awareness, and humor to help thousands of clients rid their lives of clutter and develop habits to keep them clutter free.


As a result, thousands of people have gained space in their homes, offices, and lives.


Brooks and his work have since been featured in articles in the Chicago Tribune, Time Out Chicago and the Los Angeles Business Journal, on the television shows Chicagoing with Bill Campbell, Living Live and the CBS Channel 2 Nightly News, and on numerous radio shows including The Aware Show and Bruce Barber's NPR show, Real Life Survival Guide.