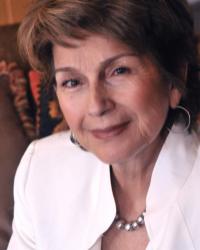 “I believe that each of us is created with a purpose and that it is our responsibility to discover our gifts and talents, to develop them, in order to transform the world into a place that works for everyone.” Yolanda Nava, Denver Post 6/29/2011

Included in A to Z of Latino Authors and Journalists; “Remarkable Women: Latinas on the Move” exhibit , California Museum of Women, History and the Arts, Sacramento; “Spirituality” video exhibit, Mary Baker Eddy Library for the Betterment of Humanity, Boston, Massachusetts; “Entertainer of the Year Award”, as Host of the nationally syndicatedHIspanic television magazine, “Latin Tempo”, New York Life.

In 2009, Yolanda suddenly lost sight in both eyes. Her riveting and inspiring story is told in her forthcoming book, Through the Dark. AS Yolanda moves out into the speaking world, she is shifting her emphasis to share her story about resilience, courage, service, and spirituality with readers and audiences. “I discovered during my thirties, that my life is a spiritual journey. However, this experience of blindness has allowed me to shift into a new way of thinking, living and being, in which I feel so much joy, love and purpose.”