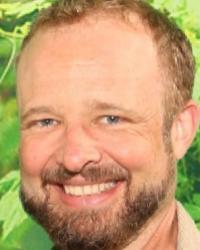 Since a young age, Tyler has been able to See and Perceive Energy and was lucky enough that it was encouraged in his family.  He  began training in emotional healing for 6 hours a week at the age of just 10 years old. From there, he started focusing on Unconditional Love and Pure Joy as the basis for emotional healing. Then, in 2007, he began training in Chi, Qi, Prana, Mana, and Life Force Energy. Through continuous training, he has since learned to become one with energy and enjoy directing its flow to shift states and alter reality to be used for healing, personal upgrades, or even creating an entirely new life.

It’s truly been a magical journey! And it’s one that anyone can take if they chose to devote themselves to it.

In his first year of training, over a decade ago, Tyler took Quantum Touch Level 1 ten times from nine different instructors!  It was a lot of fun and gave him a variety of perspective and detail on this modality. He began teaching it himself the very next year. Then, over a period of years, he trained in every advanced Quantum-Touch course multiple times and began teaching these courses.  He has taught Quantum-Touch for over a decade. It has remained his go-to modality when he does private sessions.