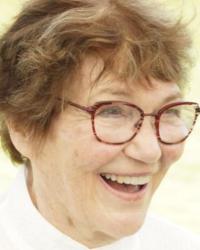 Tina Packer is the Founding Artistic Director of Shakespeare & Company, one of the largest and most critically acclaimed Shakespeare Festivals in North America, currently celebrating its 36th season. Packer founded Shakespeare & Company in 1978 with the goal of creating a sustainable and vital program of performance, training, and education of the highest standard that holds language as the center of the theatrical experience. With her vision and leadership, the Company has become a home for theatre professionals from all over the world. It is also one of the largest theatre-in-education programs in the northeast, reaching upward of 50,000 students annually with performances, workshops, and residencies.

Packer is also a published author. Her book, Power Plays: Shakespeare’s Lessons in Leadership & Management (2001), co-written with John Whitney, spent several weeks on the Business Best-Seller charts. Her children’s book, Tales from Shakespeare (2004) received the Parents’ Choice Award. Her forthcoming book, Women of Will (2015) is the result of a lifelong exploration into Shakespeare’s famed yet misunderstood heroines; it is based on her five-part performance piece of the same name which enjoyed critical acclaim in its off-Broadway run this past year. She has also been the subject of TV and film specials; Sex, Violence & Poetry: a Portrait of Tina Packer was produced by WGBH, and Brush Up Your Shakespeare, an hour-long concert special in partnership with the Boston Pops and Boston Philharmonic Orchestra on PBS.

Born in Wolverhampton, England, Packer trained at the Royal Academy of Dramatic Art, was an Associate Artist with the Royal Shakespeare Company, and performed in the West End in over 20 productions for BBC and ITV television. She has lectured or been the keynote speaker at over 30 colleges and universities including Columbia, Harvard, and M.I.T, and has received six honorary doctorate degrees.