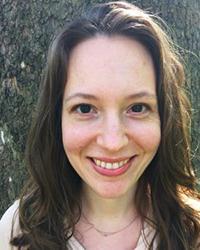 Bodywork has been a way of life for me since I was in the womb. My mother, Cathy Thompson, was a shiatsu practitioner while she was pregnant with me and developed her own method of bodywork, The Thompson Method. It has always provided a mode of release and self-awareness for me. Bodywork is the first place I look to, to resolve aches and pains or work through an issue. My mother was an exceptional practitioner and teacher. She began teaching me when I was about 3 years old for the simple reason that she got migraine headaches, and I was willing, free labor.

It was a natural step to become her apprentice and ultimately take over her practice. Bodywork became my vocation too, one I have studied with master teachers. I was awarded a Brook Scholarship at Oxford University, England, I studied Functional Anatomy with Irene Dowd and I am a graduate of the Ohashi Institute in the Advanced Program of Ohashiatsu. I am continuing in advanced studies at Pacific College of Oriental Medicine. The Thompson Method is an integrative form of bodywork, which enables me to integrate new concepts and techniques into the practice as I continually expand my knowledge. I am honored to work with a diverse clientele, including many performers of opera, Broadway, dance and film.