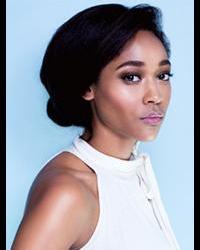 Tabitha Holbert, a successful actress and founder of BoHo Yogo, is most well known for her reoccurring role on Law & Order SVU and has starred in several films and televisions shows. Despite her successful acting career now, Tabitha had a very difficult life growing up in Texas, moving from home to home, enduring several years of abuse. At the age of 16, Tabitha was illiterate and nearly dropped out of school until a teacher discovered her talent for acting and persuaded her to audition for the school play. Tabitha went on to finish high school and then on to study acting at SUNY Purchase where she first discovered yoga and it’s healing benefits.

After graduating, Tabitha landed her first audition ever for a reoccurring role on Law & Order. Understanding the impact yoga had on her success and ability help heal her childhood wounds, she decided to create BoHo Yogo as a way to help others be a source of inspiration and self-empowerment. Tabitha has lived in NYC since 2006 and currently resides in Brooklyn.