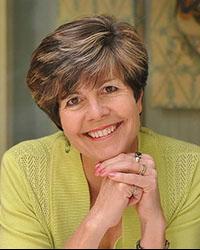 Suzanne Giesemann shows people the way to peace, happiness, and freedom from the ego. A former U.S. Navy Commander who served as a commanding officer and aide to the Chairman of the Joint Chiefs of Staff, today she provides stunning evidence of the existence of Universal Consciousness and our interconnectedness.

Suzanne is the author of 12 books, and an inspirational way-shower. She has been a keynote presenter for organizations including Edgar Cayce’s Association for Research and Enlightenment, the Academy for Spiritual and Consciousness Studies, the Afterlife Research and Education Institute, and the International Association for Near-Death Studies. She has led weekend retreats at well-known spiritual centers including Omega Institute, Lily Dale Assembly, and Unity Village. She has written and narrated the popular “Mediumship” series of Hemi-Sync recordings.

Suzanne’s gift of evidential mediumship has been tested and proven. Her work has been recognized as highly credible by noted afterlife researchers and organizations. Whether in her books and CDs, her classes and workshops, her “Messages of Hope” Unity Online Radio show, or her one-on-one sessions, Suzanne brings messages of hope, healing, and love that go straight to the heart and illuminate the light of self-awareness within.