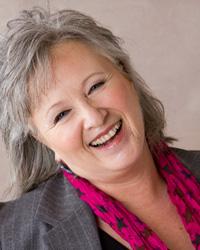 Susan Lachmann, a singer and well-known local announcer, has enjoyed watching the genre of women's music evolve over the years and hosting her weekly program, which features music by women for women. She says, "Women's music, at its birth, was largely rooted in folk music. Although those roots continue to influence contemporary female artists, the genre has become much more diverse over the years. While some have described it as 'adult alternative acoustic,' the art form is about empowerment and breaking down boundaries."


Lachmann jumped into radio work after listening to and admiring the work of Lousi Vahle's production of "Women on Air" on WETS-FM out of Johnson City, Tenn. When Vahle left the program, she asked Lachmann to replace her.


Lachmann holds a bachelor of education degree in music and a master's degree in early childhood education. "It's always been about music for me," Lachmann explains school chorus, playing the saxophone in marching band and playing the guitar and singing by the campfire as a member of Girl Scouts. During college at Vanderbilt she received classical vocal training and participated in choral ensembles. She later taught music in public schools in Kentucky.


She currently works as a public school teacher, giving music and primary classroom instruction. She also serves as a conference director for East Tennessee State University.