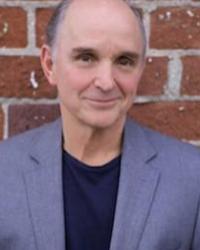 Steve Allen boasts a 31-year career as a public relations executive, during which time he has designed, developed and overseen hundreds of public relations campaigns to promote clients’ expertise, books, products, and images on local and national levels. He has co-founded three different media communications companies, Anthony Mora Communications, Allen Mora Media, and Enlightened Innertainment, and is now Founder and President of Steve Allen Media: PR with a Conscience, which specializes in promoting material of an educating, stimulating and enlightening nature.

He also co-founded A Wing and A Prayer; a production company devoted to self-help and matters of the spirit. In this regard, he designed, promoted, and produced seminars on a national level as well as developed products ancillary to these promotions and productions.

He is also an accomplished actor and director, having worked at the Steppenwolf Theatre and Goodman Theatre in Chicago and the off Broadway theatres of New York City. Steve’s claim to fame in the world of television is his portrayal as the Father of the Ugly Baby character on The Seinfeld Show.

He has worked with many from the Spiritual/Metaphysical, Health and Life-Style communities..…including The Dali Lama , Wayne Dyer, May McCarthy, The Yogananda Musical, Dr. Janet Zand, Dr. Wolfgang Smith, Hackensack University Medical Center, and the youth initiative, ChimeIn.

Steve Allen Media is a bi-coastal public relations and media marketing agency with offices in Los Angeles, San Francisco, and New York.... PR with a Conscience is our company tagline, and it is also the way we think and operate as a thriving firm .... we take pride in working with innovative companies and individuals who strive to make a positive impact in the world.

Honed by nearly 31 years of experience, we provide our clients with a highly customized campaign aimed at traditional and digital media outlets that will reach their target audience .... as we all know, seeing something/someone featured in the local and national media enhances their chances for greater success, it most often separates them from the pack and establishes them as leaders in their field....putting your media flair high in the sky, increases your visibility in a way that is honest and smart business ....

If you are an author or a speaker in need of support when launching your book or speaking tour, or an individual or company that wants your voice, work, practice, or products in the press ..... Steve Allen Media is equipped with the experience and resources to put a media spotlight on whatever your media needs call for in today’s crowded and competitive marketplace.