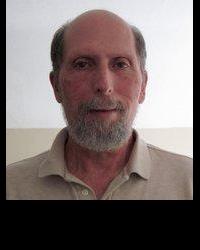 Stephen Sakellarios has studied Eastern mysticism since 1973 and has a master's degree in Counseling and Human Systems. In 1997, he began work on a documentary entitled "In Another Life: Reincarnation in America," completing it over a five-year period. The program was broadcast on PBS affiliate KBDI in Denver, Colorado in January of 2003, and was accepted for distribution to universities by Films Media Group. Stephen's website, launched to support the documentary project in 1998, continues to provide accurate information on reincarnation.

In 2005, he became aware of a past-life in the 19th century as author Mathew Franklin Whittier, and in 2009 he began researching the proposed match with the most rigorous methods available to an unfunded lay researcher. His two e-books, "Mathew Franklin Whittier in his own words," and a sequel, "Mathew Franklin Whittier in his own world," describe the research process and the results in rigorous detail. The second book was written after moving from South Carolina to Maine, where he was in a position to visit the scenes connected with Whittier's life. A third book, in print, entitled "Reincarnation CAN Be Proven," was written to summarize his research in an entertaining, accessible way.

Stephen lives in an attic studio apartment in the historical Woodford's Corner neighborhood of Portland, Maine; Mathew Franklin Whittier lived in Portland for over 20 years.