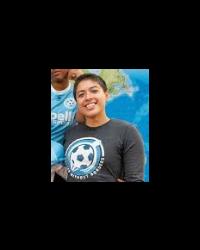 Stephanie Arroyo emigrated to the United States 28 years ago and attended Western Washington University to study Kinesiology specializing in health & fitness. Her passion for athletics and health began when she was seven and played team sports until health issues prevented her from playing. That's when she became engaged in physical activity as a health topic and from there has taught spin classes for college students, yoga classes for parents learning English and now soccer for newcomer youth at Soccer Without Borders. Stephanie is the program coordinator for the Seattle chapter and is most excited about getting folks of all ages healthy and moving.