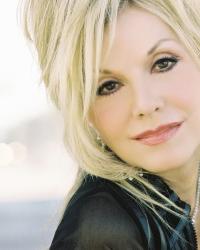 There are times in life when you know you have met an intrinsically spiritual person who simply lights up a room. Anyone who has had the opportunity to see a Stella concert will agree that her allure and her passionate voice will make you think an angel has descended.

Stella learned her first song when she was only five and made her radio and television debut when she was nine. It is from such an early age that she realized how much she loved to entertain an audience. What makes Stellas performance so intriguing is her interpretation of lyrics. Stella explains this by saying When I
sing a song I am an interpreter of feelings and nothing moves me as much as seeing a person in the audience being touched by something that I have sung or said. Stella explains performing for a live audience as being able to tell a great story and have it ride on a melody is like taking an audience on a magic carpet ride.

Her voice is authentic and unadulterated yet dynamic and compelling. Stella herself is a contrast of sensibilities. Although tiny and petite, her enduring voice will take you from that of a little girl to that of a secure woman and have you jumping in your seat for more.
Stella has chosen to live a creative life full of imagination, hope and possibility. This was evident when she began writing songs as a little girl and has since written hundreds of songs and traveled and performed internationally. Stellas current project is her new CD, Testimony and Stella says this is some of the best material I have written in a while. Testimony includes everything from country to pop to rock. The first song Virtuous Woman has a nice upbeat, toe
tapping sound with an inspiring quality that only Stella could conceive. Stellas angelic voice, charm and shoot from the hip humor make her a must see for audiences around the globe.

Stella says Every time I walk on stage I look at it as if it is the first and the last opportunity I will have to make a difference in the life of someone in the audience."