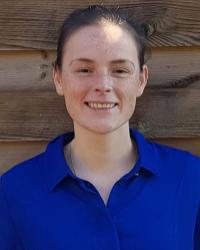 Silvia Bladt is the creator of HealYourSelfConnection.

A movement that’s all about self-discovery.

She is the living example of how discovering yourself can really heal your life.

Growing up was very hard, she experienced the pain of bullying, emotional abuse, eating disorder, depressions, but she kept going and kept taking care of her family as a child. She grew up and became an adult, but she was still living as that child that was responsible for the whole world.

She kept forgetting about herself till cancer came along, twice before she finally started to look at herself and start this inner-journey of WHO AM I. Cancer became her greatest teacher in life.

Not long after she became healthy again the next face of her evolution came along. The suicide of her little brother. She faced herself and healed herself on a even deeper level.

When you think this is it, she had her part of hardships in life. Guess again, now she’s healing herself from a divorce.

She is such a courageous, strong, authentic woman that follows her heart.

Her mission is to help people with self-discovery because it gave her results she never could not have ever IMAGINED! It was such a gift for her and she is very GRATEFUL for it. Now she wants to share that gift with the world.