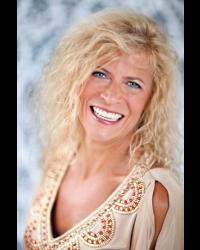 Sherry Brescia has spent 28 years studying health and the role that diet plays in a person's overall state of wellness.

16 years of her career was in the health insurance industry analyzing medical records of prospective policyholders and claim beneficiaries. She read thousands of case studies of people who consulted doctors for digestive problems, aches and pains or lack of energy, but were never given any treatment besides tests, surgery or medication.

At the same time she herself was a living case study. Despite eating in a way that most people would consider healthy, she suffered daily for years with bloating, cramps, gas, diarrhea and constipation.

After a 7-day hospital stay suffering in pain, being fed by an IV and enduring various invasive tests, she was given the diagnosis of IBS. She was told to take medication before every meal, along with avoiding many of her favorite foods. She was just 28 years old.

A year later, still in pain and frustrated at her doctor's lack of options for her besides medications that masked her symptoms while ignoring the cause, she instead learned how to eat in the way that considers and respects how the human body is designed to digest food otherwise known as food combining.

As a result, she has been completely symptom-and medication-free for nearly 20 years. Her stomach problems disappeared instantly after she just became more discerning about what foods she ate together and keeping her digestion efficient.

Sherry realized then that she had a mission. She was meant to help others attain better health in the most natural way possible-through their diet-and that has been her focus for the last 12 years.

With her passion for making and eating great food, she blended the science of food combining with gourmet-tasting yet easy to make meals to create the Great Taste No Pain health system.

She has since gone on to create a gluten free version of Great Taste No Pain called Great Taste No Gluten, as well as launched a line of nutritional supplements under the brand name Blue Rock Holistics.

Every day, Sherry receives success stories from people worldwide thanking her and describing how she has "changed their lives".

In addition to being an author and gourmet cook, Sherry holds a second degree black belt in Okinawan Goju-ryu Karate and is currently working toward her PhD in holistic nutrition.