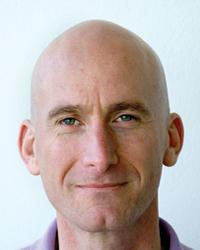 Beginning with Transcendental Meditation at the age of ten, Sheldon Norberg has pursued a lifelong interest in states of consciousness. After his training at the Academy of Intuition Medicine, he developed an extensive practice in meditation and energetic space healing, and became an adjunct faculty member there while earning his B.A. in Psycho-Spiritual Healing at San Francisco State University.

He is a Certified Practitioner of Chi Nei Tsang Chinese Organ Massage, a Certified Hypnotherapist, and a non-denominational minister, who has trained in Holotropic Breathwork, Alchemical Divination, shamanism, yoga, and sensory deprivation.

As author and performer of Confessions of a Dope Dealer, Norberg has been featured in such media as The New York Times, New York Magazine, Booklist, and The San Francisco Chronicle. His latest book, Healing Houses spans his extraordinary 20-year career as a psychic house cleaner. He and his family live in the San Francisco Bay Area.