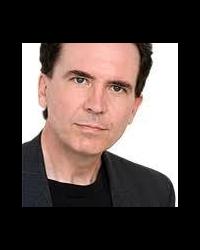 Shawn Otto was awarded the IEEE-USA ("I-Triple-E") National Distinguished Public Service Award for his work elevating science in America's national public dialogue. He is cofounder and producer of the US presidential science debates at ScienceDebate.org and the only person to get Donald Trump to answer science questions during his presidential campaign. He is the award-winning author of  The War on Science, which has been called "a game changer, and probably the most important book you'll read this year." He is also an award-winning screenwriter and novelist, best known for writing and co-producing the Academy Award-nominated movie House of Sand and Fog, and the LA Times Book Prize finalist literary crime novel, Sins of Our Fathers. He has advised science debate efforts in many countries and speaks worldwide on the critical role of science, evidence, and objectivity in free societies. He lives in Minnesota with his wife, Rebecca Otto, the Minnesota State Auditor and a 2018 candidate for Governor, in a solar and wind-powered green home he designed and built with his own hands. The couple have one son, Jacob.