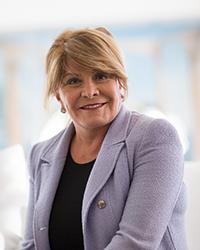 Shari Sharifi Brown has spent her life between Iran and the United States. She was born a Shiite Muslim in Isfahan, Iran. She came to the United States to study at California State University, Los Angeles and earned a B.S. in Engineering. She returned to Iran for work as a structural engineer. After the Iranian Revolution, she moved back to the United States and has now lived here for over 30 years.

Although being born a Muslim in pre-revolutionary Persia, she converted to Christianity in school and married into a Jewish-American Family. She has lived all three of the Abrahamic religions that this book is based upon. Her deep-rooted adherence to these religions led her to understand their innate compatibility.