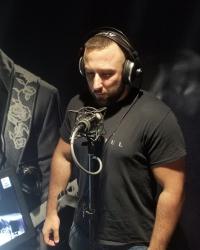 Intro: Roman is a 1st generation immigrant from Ukraine. He arrived in US with 6 other family members to a 2 bedroom apartment. Roman interned with the Secret Service and held a top secret government clearance. He was forced to become a self taught digital marketer as a result of the 2008 recession, and fell in love with it. Roman has 13 years of experience leading digital teams in senior leadership roles on over 600 campaigns across many industries. He founded Nova Zora Digital in 2012. Roman is the host of the Digital Savage Experience Podcast, a Top 100 Podcast on Apple Podcasts for How To. He is a foster parent, and has had27 kids in his home since June 2018. He became a foster parent by going through 6 miscarriages with his wife in 3 years, 2 of which happened on Christmas Days. With death, loss, and hardships Roman pushes through nomatter what.