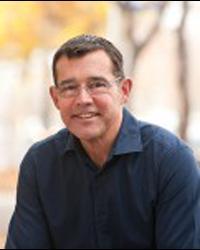 Robert V. Taylor has gone from facing prison, overcoming failed surgeries and being a groundbreaking gay leader to being a media commentator, sought-after speaker, noted author and well-known activist for the disenfranchised.

A native of Cape Town, South Africa, Robert is passionate about bringing our humanity more fully alive. The risks, choices and fears he has responded to make him compellingly authentic. His mentor, Desmond Tutu, sent Robert to the U.S. in 1980 to avoid imprisonment for refusing to serve in the South African military.

Robert served in the New York City area as a clergy leader revitalizing a dying congregation, building a community service center, and being at the forefront of responses to HIV/AIDS and homelessness. In 1999 he was elected Dean of the Episcopal Cathedral in Seattle, making him the first openly gay dean in the world. There he forged alliances with corporate, not-for-profit and social service sectors, and was called the Buddhist Episcopalian because of his expansive interfaith leadership. In 2008, Robert resigned from that post and devoted himself to a new career as commentator, speaker and author. He lives in Seattle and on a farm in rural Eastern Washington.