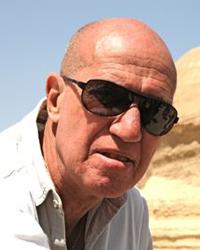 Robert Bauval was born in Egypt in 1948. He studied construction engineering in England and subsequently worked in the Middle East and Africa till 1985. In 1994 he published The Orion Mystery, which was a No1 bestseller and now translated in more than 25 languages. He also wrote Keeper of Genesis in 1996 with Graham Hancock, which was also a No.1 bestseller, and now in more than 20 languages. He lives in Spain with his wife Michele.