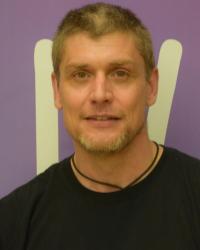 Rob was a professional soldier for most of his life. He was medically released from the military with PTSD, panic attacks, knee and spinal injuries. He had a Kundalini Awakening in 2013 while doing various forms of breathing exercises. Since then, he has received many “downloads” from God/Source and studied with many Masters of different modalities, enabling him to co-create the Misogi Breathing Method, one of the most powerful breathing methods in the world. Using Misogi Breathing and Tracy L Clark’s Body Regeneration Method, Rob has healed completely from all physical and mental issues and now uses his gifts to teach others how to heal themselves.Misogi is a Japanese term meaning  “purification of the mind, body, and spirit.” All physical and emotional traumas are “stored” in the fascia of the body. Misogi Breathing realigns the fascial network, changes the physiological structure of the body, lengthens the spine and removes all of these traumas. Some of Rob’s personal experiences/results of using this breathing method, as well as those consistently reported by his clients, include:-greater ease of movement/agility and vastly improved physical performance- a toning of the body and very rapid fat-loss (Rob lost 65lbs and went down 7 belt sizes in just under two months without changing anything in his diet/exercise routine except for his breathing)-de-aging and younger looking skin- a silencing of the “monkey mind” and the constant thought processes-a removal of old programming/patterns-and much, much moreBest of all, you will develop a very deep connection to yourself and God/Universe/Divine, allowing your creativity to flourish and your life and dreams to expand in ways beyond your imagination!