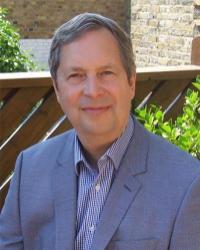 Described by Kindred Spirit magazine as one “of the biggest talents in MBS”, Richard Lawrence is a veteran of the Mind Body Spirit movement in the UK. He has been the Executive Secretary of The Aetherius Society for Europe for more than 40 years, and has devoted his life to the work of his late mentor and personal friend, Dr. George King – the founder of The Aetherius Society. Richard is also an international bestselling author of 11 books, including Contacts With The Gods From Space, and Realize Your Inner Potential, both of which he co-authored with Dr. King. He has appeared hundreds of times on radio and TV around the world; he co-hosted a weekly show in the UK with Mike Allen on LBC called ‘The Phenomena Files’ and is a resident UFO expert on TalkRADIO - the UK's fastest growing speech station. Today, he is also the host of 'The Spiritual Freedom Show', which is available through Transformation Talk Radio with new episodes on the 1st and 3rd Saturday of every month.