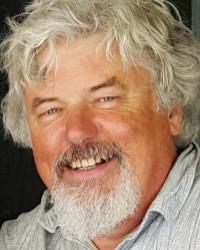 Richard Heath, M.Sc., is a system designer who studies the technical achievements of the ancient world, from those of the megalithic astronomers to sacred building design.

After decades of technical and spiritual training, Richard Heath became interested in megalithic astronomy and its numerical skillset. He has written five books on the sacred use of numbers. In Matrix of Creation he explores those found in the planetary world, in Sacred Number and the Origins of Civilization he explores those important to ancient civilizations, and in Precessional Time and the Evolution of Consciousness he examines the numbers that define the important Ages of the world. In Sacred Number and the Lords of Time he provides an alternative history for megalithic astronomy, and in The Harmonic Origins of the World, he explains how the megalithic discovered planetary harmony through counting lunar months, thus explaining why ancient texts were informed by harmonic numbers. He lives in the Preseli Hills of West Wales.