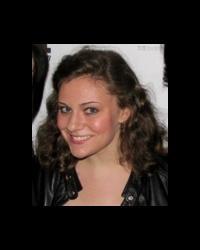 Rebecca S. Katz is a filmmaker and activist for compassion. She was raised outside of Boston andgraduated from Tufts University in 2007 where she majored in English and Film Studies. She spent three years in New York City working for Shine Global, a non-profit film production company dedicated to ending the abuse and exploitation of children worldwide through documentary films that raise awareness and effect political change.

In 2009, Rebecca founded the website, IWantTheWorldToKnow.org, as a response to the suicides of two 11-year-old boys who had fallen victim to extreme bullying. The website encourages LGBTQ individuals from all walks of life to share their coming out stories, in their own words, as a way to defeat homophobia, anti-gay bullying, and teen violence and suicide.

Having relocated to Los Angeles in 2010, Rebecca had the opportunity to serve as a Producer on the second season of the web series, "We Have To Stop Now," which is currently making the festival rounds. Rebecca wrote and produced a short film, "Bounty," which screened at the Tampa International Gay & Lesbian Film Festival in October 2011. She is currently producing "Misfit," a short film that follows a 12-year-old boy's journey from the Orthodox Jewish community in LA into the secular world of punk music, as he questions authority and begins to redefine his faith for the first time.

Rebecca is now in her second year of the Peter Stark Producing Program at USC and expects to receive her MFA in 2012.