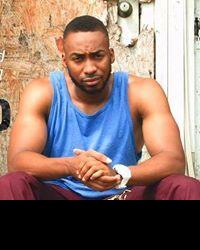 Born and raised on the North Side of St. Louis Missouri, twenty-seven year old poet, activist, speaker, director, and content creator, Prince Ea, has touched the hearts, minds and souls of millions of people worldwide. By creating positive, inspirational and thought provoking content, Prince has accumulated over 300 million views on the Facebook and YouTube platforms alone.

Prince has opened up for, and performed alongside artists like Ludacris, Busta Rhymes, Bruno Mars and has graced the stage at highly esteemed venues including Soldier Field and Madison Square Garden. He has made appearances on morning and talk shows from Queen Latifah to Glenn Beck. His work has been featured on popular media hubs including Huffington Post, Buzzfeed, Upworthy, Yahoo, CNN, FOX, MSNBC and cited by prestigious Universities such as Harvard and Columbia.

Prince’s primary mission is to allow the grace of God/Universe to work through him creating content that spreads awareness, excites, entertains and ultimately galvanizes listeners/viewers to recognize the power, peace and equanimity within themselves. He believes that the only way to change the world is to change the individual.

As Prince Ea continues to make strides in education with the Make SMART Cool movement, the music industry and in people’s lives, one thing is for certain— he is definitely someone to look out for in the near future.