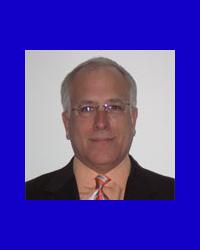 Salas began his career as a research analyst at Blair Television in New York. He then moved to CBS owned WCAU-TV in Philadelphia as research director where he oversaw the transition from Nielsen diary based audience measurement to daily meter based overnight ratings. He remained with WCAU-TV for 14 years in sales and sales management positions, both at the station and in New York. In 1991, Salas joined Harron Communications of Frazer, PA, as Director of Sales for Metrobase Cable Advertising, Harron's ad sales subsidiary. In 1996, Salas was on the team that established the first market wide unified cable sales interconnect in Philadelphia.

From 1997-2007, Salas worked for Viacom's WPSG-TV in sales management, and after a merger with CBS, at KYW-TV as a sales manager. Salas is a Philadelphia area native, and a graduate of Temple University, holding a B.S. degree in Radio-Television-Film. He resides in West Chester with his wife and 2 daughters.