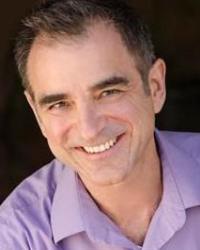 Phil Granchi has spent most of his life avoiding novel writing. His many distractions have included collecting fossils in Antarctica, performing a completely improvised university lecture at comedy festivals around the world, working as a freelance graphic artist in direct marketing agencies and producing online educational games for a now-defunct dotcom startup.

Phil is currently a practicing radiologist and is the president of Mother Lode Diagnostic Imaging, a small private practice radiology group where he fills roles ranging from IT to HR. He earned BS and MS degrees in Geology from Purdue University. He later returned to school, achieving an MD from West Virginia University School of Medicine. Living in rural northern California, he enjoys spending time in the wilderness with his wife and favorite travel companion, Melissa Granchi.