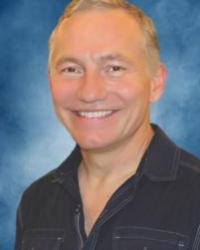 Peter Woodbury, MSW received his undergraduate degree in psychology from Harvard University in Cambridge, Massachusetts and his master’s degree in social work from Boston University. He trained in hypnotherapy and past-life regression techniques with Dr. Brian Weiss, Dr. Allen Chips, and Daniel Brown, PhD. He enjoyed a successful career in the Boston area as a psychotherapist and faculty member of Boston University School of Social Work.

Peter learned about Edgar Cayce while in college, and moved to Virginia Beach in 2002 to become part of the Edgar Cayce organization, The Association for Research and Enlightenment. He has become one of the ARE’s most popular speakers, teaching Life Coaching and Past-Life Regression Hypnosis, which sells out each year. He travels extensively teaching spiritual growth related themes based largely on the Cayce work.

Peter has become one of the world’s most prolific regressionists, having conducted over 6,000 regression sessions, about 350 regressions a year.

He hosts the Cayce organizations TV show, Reflections, The Wisdom of Edgar Cayce, and writes a column for Venture Inward, the membership Magazine. Additionally, he makes time to portray Edgar Cayce in an extremely popular one man show titled, “An Evening with Edgar Cayce”.