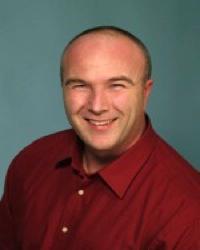 Peter Manns roots of healing and helping people start back to his childhood, growing up in Erdorf a small village near Bitburg in the Eifel region of West-Germany and spending lots of time at his grandparents farm. After graduating from Bitburg High School, he first became certified in the Insurance Business, then received a degree in business with a major in marketing at the University of Saarbrcken. He followed up his studies with becoming travel agent. Through the years he noticed, that the business world needed help because within businesses there are multiple personalities that if not guided correctly could clash due to misunderstandings.


This awareness led him to become a Psychology Consultant, NLP & Coach Master Trainer. Certified in Provocative Therapy, EMDR, Synergetic Systemic Constellation Work and also became a LIFO Analyst & LIFO Work-Life-Balance Analyst, all of these trainings helped Peter to help others by allowing them to better integrate themselves into a productive work- and private life space.


His search for reality and truth behind the obvious brought him to Reiki where he received his Reiki 1 degree in 1998, Reiki opened the door to a whole new world, yet his mind was struggling as it did not present itself in a way that was easily accepted by his logic and reason driven mind. Hence he was questioning and researching everything to please that part of him. Later he found, that his own quest was necessary to help other mind driven people to put them at ease, open up the door and allow them to connect with the energetic and spiritual world. It wasn't until his wife suffered from years of pain and discomfort in her back, that he and his wife sought out a Divine Straightening. After years and pain dissipating after one session he decided to further his quest for helping people by becoming a Divine Straightening Practitioner, certified by the founder Pjotr Elkunovic. It did not take very long until it struck him, that the synergistic systemic work and the Divine Straightening were 2 sides of one coin tracing back to the very source of all being with very profound healing for the individual receiving. He found a way to put the 2 together and named it "Divine Alignment & Straightening" DAS.


It is of this unique upbringing and trainings that Peter is able to truly help people at multiple levels that enable them to make permanent positive changes in their life. Today Peter, his wife and 3 kids still live in Erdorf Germany where they get to enjoy the comforts of a strong family upbringing at a beautiful and very peaceful place on earth.