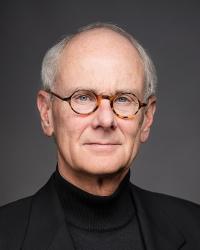 In his youth, Paul Iiterally grew up in the news business with two great storytellers. His father was in radio news (he was in the Kennedy motorcade in Dallas and 1968 Democratic convention) and grandfather in newspapers (covered the Scopes Monkey Trial).

He moved on into being a Television Newsman Award-winning major market television news reporter, anchor, weatherman and producer.

His next phase included a Communicator Emmy award winning Content Creator for www.paullongproductions.com. Created and produced just about every kind of video (short of a motion picture) you can think of as well as live events for small and major companies. Emmy Award Winning A Passing of the Torch reveals the magical moment in history that lead to one of the first student movements of the 1960’s and the formation of the Peace Corps. (https://vimeo.com/73799145).

Now, his work is a ProBoomer brings to bear of all of his experience, skill and talent. As many in this stage of life, Paul still has a burning desire to make a difference and signify. He’s not done yet.