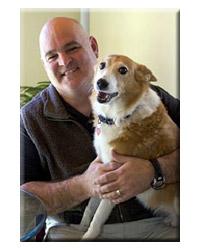 Best Friends is the subject of a national television series, DogTown, which airs on the National Geographic Channel. Since January of 2008, it has been the new home of 22 of the Michael Vick pit bulls, providing the dogs with a new lease on life. Best Friends operates the nations largest companion animal sanctuary, a 3,700-acre facility located in southern Utah.

He served on the front lines during Best Friends Animal Societys massive animal rescue effort in the aftermath of Hurricane Katrina. Best Friends personnel were responsible for saving the lives of more than 6,000 dogs and cats from the ravages of the storm.

Berry recently spoke at news conferences in Jacksonville, Fla. and Los Angeles. In Jacksonville, Best Friends announced the Feral Freedom Program in conjunction with First Coast No More Homeless Pets and the City of Jacksonville. And in Los Angeles, Best Friends announced that its six months of peaceful protests forced the operator of the Beverly Center mall to terminate the lease of Pet Love, an upscale pet store that for years has been supplied by puppy mills.

Paul is an expert in the design and development of low-cost spay/neuter programs. He has particular expertise with mobile spay/neuter clinics, having developed new mobile clinics for the Spay Neuter Assistance Program SNAP. In 2005, he was named chief operations officer, overseeing Best Friends' day-to-day operations and ongoing strategic planning.