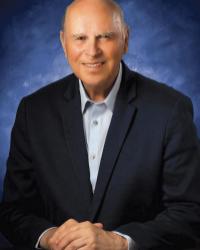 McCombs has over two hundred patents worldwide, primarily for air separation technology used for a myriad of oxygen applications around the world.

In 2011, as McCombs stood outside the East Wing of the White House before receiving the National Medal of Technology from President Obama, he asked himself a simple question: How did I come from the circumstances of my birth to the steps of the White House? That moment prompted McCombs to search for deeper connections to his ancestry. Like Douglas, these remarkable ancestors stretch back to legendary highland clan chiefs, American war generals, humble farmers, and family men.

McCombs was born in Amherst, New York, where he met his late wife, Grace. Like Douglas’ fictional wife Hope, Grace’s prolonged battle with Alzheimer’s and her eventual death led McCombs into a deep depression until a close friend aided him in receiving the help he needed. After recovering from his depression, McCombs left western New York and began to write A Reason to Be.

Equal parts love story, historical epic, and journey to self-discovery, A Reason to Be resonates at the heart of what it means to be human. It inspires us to discover who we are and where we came from, joining past with present, loss with love, and imbibes us with a brilliant hope for who we can become. As Douglas says in the novel: “We’re more than our blood lines. We’re love lines. Love is what flows down the generations. Love is what collects and gathers in force and momentum and strength. Love.”