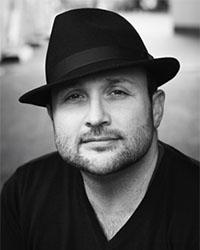 Nick Seneca Jankel is a 21st Century shaman who has helped over 50,000 individuals, hundreds of world-class organizations like Microsoft, Disney and Nike, a number of national governments and millions of TV viewers across the globe to switch on, unleash their creativity and break through real challenges to thrive. He has a triple 1st Class degree from Cambridge University in medicine and philosophy and a successful career in advertising and tech entrepreneurship behind him.

He is partner at creative management consultancy wecreateworldwide.com and co-founder of wisdom and well-being company ripeandready.com. Both are run as social, conscious enterprises. He is a sought after inspirational speaker (most recently being invited to No.10 Downing Street to deliver a keynote); hosted a BBC TV series as a breakthrough coach working with addiction; and coached a celebrity on MTVs highest-rated show in its history.