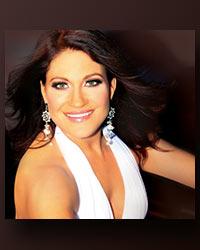 Nianell's career highlights include a duet performance with the legendary tenor Andrea Bocelli during one of his visits to South Africa, along with a world televised performance at the closing ceremony 2010 FIFA World Cup finals.
In addition, she has achieved gold status with four of her albums and platinum status with four, establishing her as one of South Africa's top-selling artists.
She won several South African Music Awards for various projects.


Nianell exudes the love and inspiration she sings about, and her passion and sincerity are contagious.


Over and above reaching the top of the music game in South Africa, Nianell is also an astute business person and the mother of triplets her most precious achievements