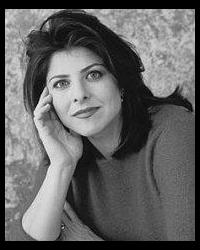 Naomi R. Wolf is an American author, journalist, former political advisor to Al Gore and Bill Clinton, and more recently an entrepreneur with the launch of her new company, the Daily Clout.

Wolf first came to prominence with her landmark bestselling book, The Beauty Myth, which challenged the cosmetics industry and the marketing of unrealistic standards of beauty, launching a new wave of feminism in the early 1990s. The New York Times called it one of the most important books of the 20th century. With the book, she became a leading spokeswoman of what was later described as the third wave of the feminist movement. The book was praised by feminist figures such as Gloria Steinem and Betty Friedan.
She has since written other books, including the bestselling book, The End of America: A Letter of Warning to a Young Patriot, an impassioned call to return to the aspirations and beliefs of the Founders’ ideals of liberty. The New York Times called the documentary version “pointedly inflammatory.” Her latest book, Give Me Liberty: A Handbook For American Revolutionaries, includes effective tools for citizens to promote civic engagement and create sustainable democracy.
Naomi Wolf is a graduate of Yale and a Rhodes Scholar at Oxford. She is also the co-founder of The Woodhull Institute for Ethical Leadership, an organization that teaches leadership to young women, and The American Freedom Campaign, a grass roots democracy movement in the United States whose mission is the defense of the Constitution and the rule of law.
Her new company, The Daily Clout, is a civic startup that empowers everyone to build and exert real clout and impact our democracy. Their first product to launch is BillCam, an embeddable, shareable legislative tracking tool that connects federal and state bills and corresponding community annotation with relevant news articles, information, topical blogs and more.
You can learn more about Daily Clout on their website www.dailyclout.com
Notable quotes by Naomi Wolf:
“I am mourning genocide in Gaza. I mourn genocide in Gaza because I am the granddaughter of a family wiped out in a holocaust and I know genocide when I see it.People are asking why I am taking this ‘side’. There are no sides. I mourn all victims. But every law of war and international law is being broken in the targeting of civilians of Gaza.I stand with the people of Gaza exactly because things might have turned out differently if more people had stood with the Jews in Germany” - Naomi Wolf, July 2014
In a fascist system, it’s not the lies that count but the muddying. When citizens can’t tell real news from fake, they give up their demands for accountability bit by bit. – Naomi Wolf
In a fascist shift, reporters start to face more and more harassment, and they have to be more and more courageous simply in order to do their jobs. - Naomi Wolf
It is never smart, even in a strong democracy, to declare some debate off limits. In a weakening democracy it is catastrophic. – Naomi Wolf