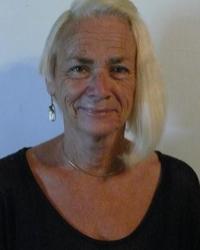 Naomi Ozaniec has worked within the realm of Western esotericism since the 1970s, following a Kundalini awakening experience in 1976. As a priestess of Isis, she served as the Oracle of Isis at the Parliament of World Religions in Chicago in 1993. The founder of The House of Life: Mystery School of Divine Partnership, An Aquarian Revelation, she is the author of several books on Egyptian wisdom, the tarot, the Qabalah, chakras, and meditation. She lives in Portugal.