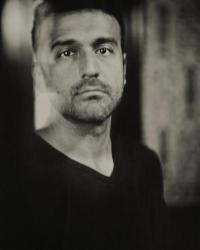 Mustafa Gatollari is mostly known for his role as paranormal historian and site analyst of A&E’s ‘Ghost Hunters’ and the upcoming docu-series Haunted Discoveries which he produces and hosts with Brandon Alvis. Since 2006 he’s been actively investigating locations all over the country, starting with the tri-state area. Mustafa emphasizes the value of sincerity and legitimacy in his hunts and while his love for the paranormal began with helping affected families in private cases, he’s also explored everything from abandoned factories and shopping centers to a parking garage in Eastern Europe that had been built over a mass gravesite. As a writer, Mustafa likes to approach an investigation the way an investigative journalist might approach a story – he not only enjoys conducting interviews with witnesses and digging into a property’s public records, but he’s also skilled in uncovering information quickly, which is an asset in any case under a tight schedule. Mustafa also co-wrote the book Elements of a Haunting with Brandon, which was published through Llewellyn Worldwide and released in January of 2022.