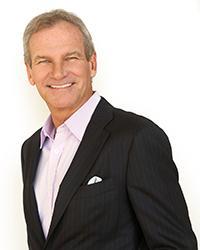 Mike Murphy grew up with an alcoholic father and an amazing mother, both of which he is very grateful for, his father is now 40 years sober, his mother unfortunately gone too early from smoking cigarettes.

Mike was kicked out of school in the 8th grade and many more schools after that, becoming a habitual runaway and juvenile delinquent.

At age 24 he found himself in a 12-step meeting, broke in every way, divorced and depressed, with a 2-year-old daughter that he saw only once a week.

At that meeting, a friend, said to him, “your life is a total mess, but I know someone who may be able to help.

This led to a meeting with the ‘Mystery Man” as Mike describes in his book Love Unfiltered. The mystery man taught Mike a unique way to manifest his dreams.

Before he knew it, his life quickly began to change, Mike became a very successful automobile dealer in the San Francisco Bay Area for over 30 years, it was in those car dealerships where he started teaching others what the mystery man had taught him which has since been published in the book The Creation Frequency.

Mike Murphy was living his dream life, or so he thought, when it all changed in a blink of an eye. One random chance meeting in the year 2000 and his life was forever changed, especially his destiny, his heart, his soul and his life’s work.

Mike chronicles this life-changing meeting and all that it has meant to his life in his new and very personal memoir called, Living in Color, which will be available on October 12, 2021.