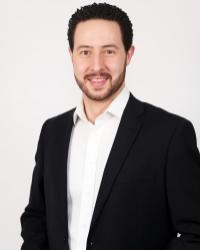 Michael Santonato married the love of his life Jessica Louise Li. At that moment, Michael inherited and ‘insta-family’ as his friends say, when he adopted his wife’s three kids, Amaiah, Kai and Nasira. Once he knew Jessica was the one and that along with her came her three kids, Michael rose of the challenge and helped get the family's finances in order. Destined to provide a good life for his now family, Michael began to read voraciously about saving, investing, debt and taxes. The challenge fuelled Michael to learn and and help others to learn the game of money and investing. Along the way, he came across many people who were in a similar troublesome situation with no plan on what to do to get ahead. “I discovered there were many Canadians just like us, struggling and letting our money control us instead of us controlling it. Something had to be done, so I got involved.” Michael studied for six months and became a Financial Advisor with Experior Financial Group, Canada's fastest-growing financial services company. In less than 12 months, Michael has helped over 100 families with their finances. Michael is now an Executive Director with the firm.