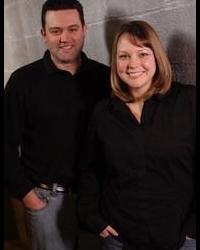 A healer meets a filmmaker. In the fall of 2007, Michael resolved to use his expertise in filmmaking to search out experts that could provide answers for his first documentary exploring life after death. He reached out to local hypnotherapists, people who could astral project, quantum physics experts and healers. After a year of gathering experts and catching up on his solo film projects, it was at this point he came across the name April Hannah.

April owned and operated her own private holistic healing and counseling practice, and agreed to be interviewed for the project. Bringing her expertise and connections to the film, it was clear this was going to be a powerful partnership beyond the interview. April came on as a producer on the film series, the pair started gaining momentum for their eye-opening project, and Path 11 Productions was born.