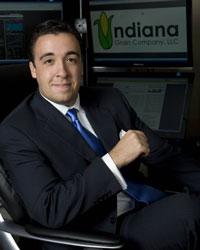 Michael Essany is a published author Reality Check and columnist who has been featured on The Oprah Winfrey Show and the Tonight Show and in Time, People, TV Guide and Entertainment Weekly magazines. Since 1997, Michael has written for and produced local and national television programs. He hosted the Michael Essany Show for two successful seasons on E Entertainment Television prior to the programs syndication overseas. He currently lives in Valparaiso, Indiana with his wife, Christa.