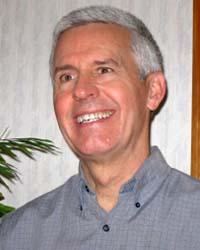 Michael Becker is co-founder of The Conscious Product Center: a one-of-a-kind resource for refocusing, rebuilding and re-energizing lives burdened by lack of encouragement, challenging situations, and limiting beliefs that delay genuine success. He is co-creator of the transformational game called The Vision Master Game. For the past 20 years he has worked as a business consultant, a business success coach, an executive/personal coach, and a seminar/workshop leader in the areas of leadership, personal development, and temperament/personality success tools. He works with business owners, managers, and individuals to identify, organize and implement doable, workable plans for real change, positive growth, and personal achievement.


Michael's working career began in architecture, and although it wasn't a career he ultimately chose to pursue, it turned out to be an excellent environment to learn about how things are created. This is because Architecture is a career that's all about being a translator for other people; turning their ideas, dreams, feelings, needs, wants, desires etc. into a physical reality. Architects must become very good listeners and have the ability to set aside their own beliefs, feelings and desires. They must also become good teachers as they educate their clients about the process of creating their dream. The creation of any thing always begins with a single thought by a single individual. The idea typically comes from someone who has a burning desire to bring something new into the world and who has the ability to visualize that creation as reality even though it currently doesn't exist.


After a few years it became clear that Michael's talent was less about drawing pictures of things than it was about working directly with people to explore possibilities, solve problems and manage the creation process. He left architecture and went to work in architectural and construction management, which ultimately led him to successfully lead a top company in the Northwest as President for over 15 years. He realized at a certain point that he was still not working in the area of his greatest passion. Ultimately, it became clear that his real interest, passion and innate ability was working with individuals and small business groups to help them discover and realize their greatest strengths, talents and passions and their ideal roadmap to Success. He now fulfills his own dreams by helping other people reach theirs. He says, "Encouraging and supporting people who want to master the art of creating the lives they really were meant to live is my ultimate success. When they succeed I succeed."


Michael offers workshops and seminars that focus on helping participants rediscover who they really are by first understanding who they have always been. They gain a practical, hands-on understanding of their individual temperaments and personality preferences and how that knowledge can be used to overcome many self-imposed limitations. He uses stories and humor to share with people the powerful personal tools this knowledge provides as well as the meaningful, sometimes startling insights that can be gained. As a motivational and inspirational speaker he focuses on empowering people to overcome their innate fear of change by engaging them in what he calls Practical Idealism. The limiting belief, "I can't do that...it will take too much time." The reality, "Whether you do something or not...the time still goes by." A good plan today is better than a great plan a year from now. Why? Because the process of getting started always leads to the next step, and then to the step after that, and ultimately to your best plan.