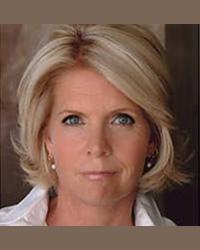 
Meredith has devoted much of her time to speaking out on issues about which she is passionate. A champion of women's rights, she is an active supporter of NARAL and Planned Parenthood. For her work on "My Breast", she received a special award for public awareness from the National Breast Cancer Coalition. Meredith is a member of the board of The Center to Prevent Handgun Violence and has lobbied extensively on behalf of the Brady Bill, the National Crime Bill and gun control measures. Meredith has also been working with members of the California Senate and Assembly on state legislative matters.


Over the last few years, Meredith developed a line of skin care products. The initial intention had been to correct her own dry skin problem; the product was so good, however, that she decided to bring it to the public. The original line was test-marketed with great success on the Home Shopping Network for one year. After much urging, Meredith developed a full gift line of skin care products as well. These products are available in fine gift stores around the country.


Because life has been kind to Meredith, she was looking for a way to share the good fortune. She decided to take her concern about breast cancer prevention into the business area. She created a foundation and arranged that a portion of the profits from the sales of all her skin care products goes to the Meredith Baxter Foundation for Breast Cancer Research. The intent is that funding will go toward prevention and research, including the funding of free mammograms for low-income women.


Meredith is the mother of five children. The youngest, twins, Mollie and Peter, are now attending different colleges on the East coast.


In March 2012, Meredith's powerful memoir, "Untied," was published and documents her journey of accepting herself as a daughter, mother, partner, and human being. "Untied" can be purchased in major bookstores and online retailers nationwide.