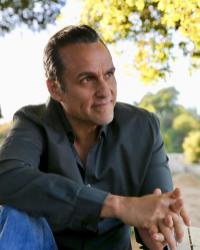 Maurice Benard, the longtime star of ABC soap opera General Hospital, is a two-time Emmy Award–winning film and television actor, a member of the prestigious Actors Studio, and an advocate for mental health awareness. He lives in California

with his wife, Paula, with whom he proudly raised three daughters and a son— who is already following in his father’s footsteps as an actor.