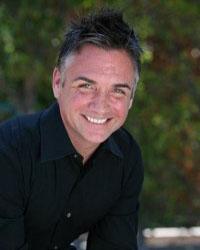 Matthew Boger was born in Pennsylvania and raised in Northern California. As a young boy, he had no formal education beyond the 7th grade, as he was disowned and thrown out of his family home by his mother, after sharing the news that he was gay.

After years of living on the streets of Los Angeles as one of many homeless teens, Matthew came in contact with a compassionate young man who offered him a way off the streets and a home for the first time in 4 years. Matthew worked in fast-food restaurants and retail stores, saving his money to attend a trade beauty school in 1987 where he learned to be a hair colorist specialist.

From 1990 to 2005, Matthew Boger forged a successful career as one of Beverly Hills' premiere colorists, quickly acquiring a celebrity clientele including Sharon Stone, Liv Tyler, Nicole Kidman, and Michael Douglas.

Horrified and compelled by the brutal murder of Matthew Shepard, a student at the University of Wyoming that was tortured and murdered in 1998, Matthew began volunteering at LA's Museum of Tolerance, which opened in 1993.

"It was a way for me to use my voice to speak out against hate for all those who no longer have a voice," says Matthew.

In early 2005, Matthew made a life-changing decision to leave a high-profile career in the world of celebrities to become the Museum of Tolerance's Manager of Operations.

"It was an easy choice. It seemed to be the right one at this time in my life and with no formal education beyond the 7th grade it was also one of my proudest moments," says Matthew.

Today, Matthew continues to manage the Museum of Tolerance in Los Angeles as well as serve as one of their consultants. He divides his time between his home near Lake Tahoe in Northern California and Los Angeles.