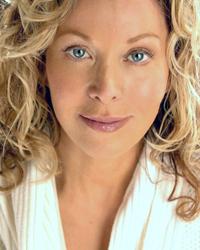 Marlise Karlin is a leading expert in the field of healing and consciousness, a catalyst for exceptional healing of the mind and body. Being a teen runaway on drugs then becoming a successful entrepreneur and award winning film producer proved to be the perfect backdrop that inspired more than 25 years of study in evolutionary schools of thought, ancient wisdom, and healing traditions.


After Marlise's expanded reality experiences ignited her purpose in life, she became committed to developing a process that could be easily accessed by people of every age and culture. The Simplicity of Stillness Method, is described as the antidote to lifes greatest challenges, from addiction to depression, and the inspiration to create your dreams. So profound, Buddhist monks, scientists, business and healing professionals have discovered a deeper connection to peace, vitality, prosperity and love and so simple, kids practice it as well.


"Marlise and her wonderful message will be a great force in facilitating a shift in consciousness toward divine love and cooperation on our fragile planet." Wayne Dyer, best-selling author of 30 books including The Power of Intention


Marlise, the highly acclaimed author of The Power of Peace in You: A Revolutionary Tool for Hope, Healing, and Happiness in the 21st Century, has been interviewed on NBC and Fox News, spoken at events with Cesar Milan in Los Angeles and Gregg Braden in the Yucatan, and is a contributor to The Huffington Post and Malika Chopra's Intent.com. Marlise also hosts a bi-monthly radio show on the World Puja Network with nearly 1 million listeners in 139 countries.


To Connect with Marlise online, please visit www.facebook.com/marlisefanpage or www.twitter.com/marlisekarlin


"You can't create lasting peace in the world, until you know it in your own heart." marlise karlin