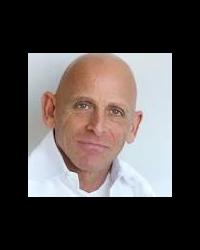 Mark Matousek is an award-winning author of seven books, Sex Death Enlightenment: A True Story, The Boy He Left Behind, When You’re Falling, Dive, Ethical Wisdom: The Search for a Moral Life, Ethical Wisdom for Friends, Mother of the Unseen World, and Writing To Awaken: A Journey of Truth, Transformation, and Self-Discovery. His work has appeared in numerous anthologies and publications, including The New Yorker, O: The Oprah Magazine, Details, Tricycle, Good Housekeeping, and Harper’s Bazaar. He blogs regularly for Psychology Today and offers courses in creativity and spiritual growth around the world using the Writing To Awaken method.

Born in Los Angeles, Mark graduated Phi Beta Kappa from the University of California, Berkeley in 1979, and received a fellowship to Worcester College, Oxford, after being awarded an M.A. in English Literature from UCLA in 1981. Upon graduation, he moved to New York, worked as a stringer for Reuters International, then in Newsweek’s letter department, before being hired as a proofreader at Andy Warhol’s Interview, where he became the magazine’s first staff writer and senior editor the following year. During his three years at Interview, he conducted hundreds of interviews with well-known figures in film, television, books, fine art, politics, design and science.

Mark left publishing in 1985 and spent most of following decade as a freelance writer and dharma bum in Europe, India, and the United States. Shifting professional gears from pop culture to psychology, philosophy and spirituality, he was a contributing editor at Common Boundary, where his column “The Naked Eye” appeared from 1994-1999, and where his expose, “America’s Darkest Secret,” was nominated for a National Magazine Award. He contributed essays to anthologies including Wrestling with the Angel, Voices of the Millennium, Oprah’s Best Life, and A Memory, a Monologue, a Rant and a Prayer. Mark worked with Sogyal Rimpoche on The Tibetan Book of Living and Dying, and collaborated with writer Andrew Harvey on Dialogues with a Modern Mystic (and the British documentary of the same name). His first book, Sex Death Enlightenment: A True Story (Riverhead) was published in 1996 and became an international bestseller in ten countries. Mark was co-editor on Still Here, by Ram Dass, and published his second memoir in 2000, The Boy He Left Behind: A Man’s Search for His Lost Father (Los Angeles Times Discovery Book). 2008 brought When You’re Falling, Dive: Lessons in the Art of Living (Bloomsbury) and two years later, Ethical Wisdom: The Search for a Moral Life, (Doubleday), described by Daniel Goleman as a “a riveting, fun, and insightful tour of life’s meaning and purpose, essential reading for anyone drawn to the query, “How ought we to live?” Writing To Awaken: A Journey of Truth, Transformation, and Self-Discovery was published in 2017) followed shortly afterward by Mother of the Unseen World.

In 2013, Mark founded The Seekers Forum, a global online community for non-sectarian spiritual dialogue. He is on the faculty of The New York Open Center, The Omega Institute, 1440, Esalen, The Rowe Center, Hollyhock, and Omega Blue Spirit, Costa Rica. As a teacher and speaker, his work focuses on personal awakening and creative excellence through transformational writing and self-inquiry. His workshops, classes, and mentoring have inspired thousands of people around the world to reach their artistic and personal goals, which is the mission of his company Mark Matousek Media LLC. He is a co-founder of V-Men, the male arm of V-Day, Eve Ensler’s movement to end violence against women and girls, and lives with his partner, David Moore, in Springs, New York.