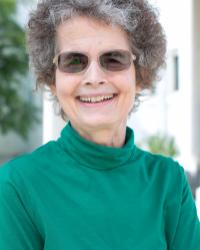 Margaret Mary O'Connor holds a Bachelor of Science from the University of Buffalo and has a Master of Arts in Pastoral Ministry fromm Christ the King Seminary in East Aurora, New York.  She is a former Chaplain and the author of Scandal in the Shadows: The Original Priest - Mother Mary published in 2020.  She is an active advocate for Women's Ordination and church accountability regarding the Catholic Priest sexual abuse issue. She is also a member of Call to Action, Future Church, Roman Catholic Women Priests and the Women's Ordination Conference.  She believes every Catholic deserves the truth from Rome instead of the continual out-right deception.